Head of State and Monarchy 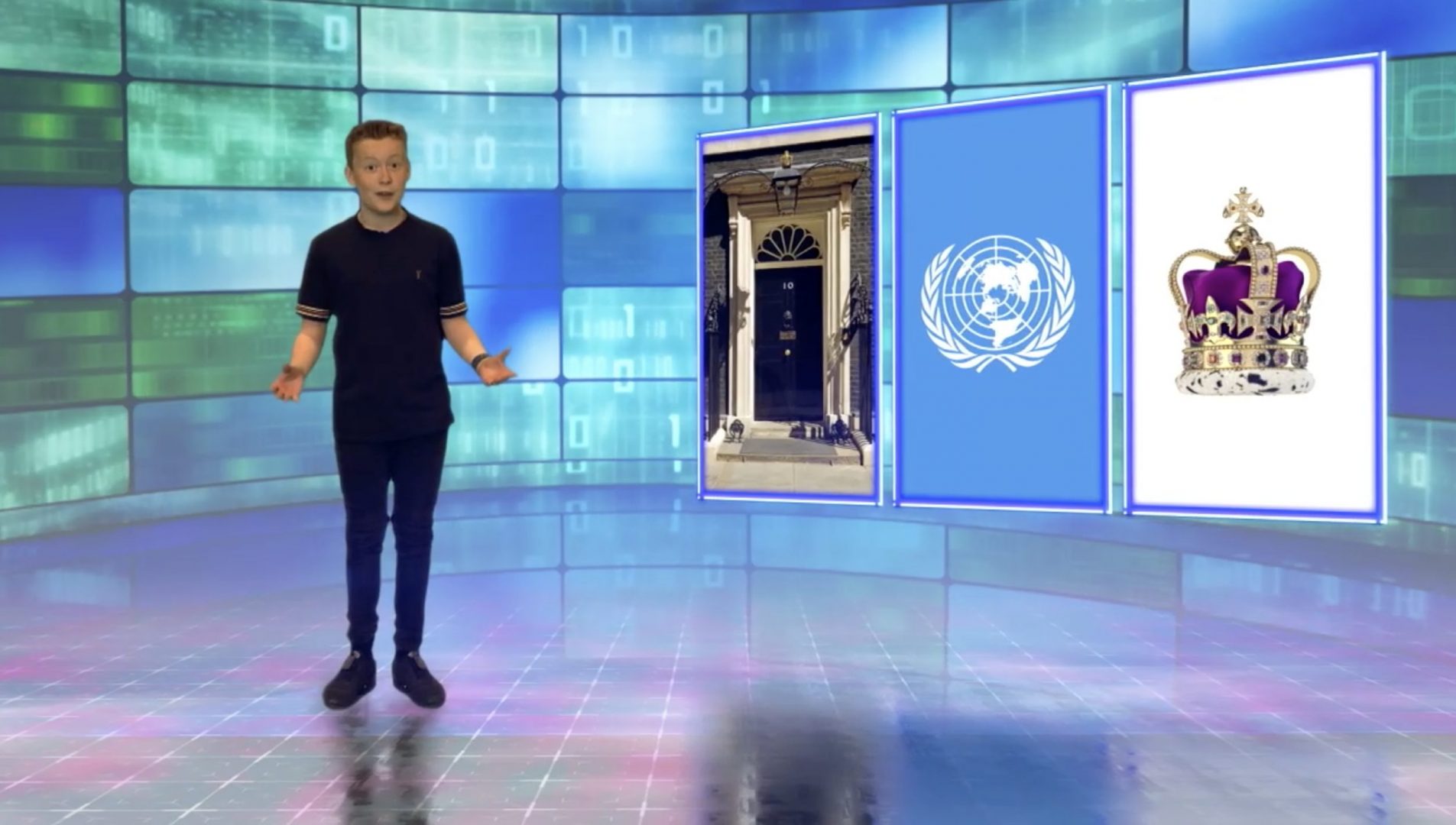 Supported by the BFI, Sky Kids and FYI

Sky Kids FYI presenter Braydon finds out about who holds the most power in the UK and what being a Monarch actually means.

Here’s a simple question – with a not so simple answer – who is the boss of the United Kingdom? Is it the Prime Minister? The Head of the United Nations? Or the British Monarch?

Well, they’re all important… but the official answer is… the British Monarch… who can be either a Queen… or a King.

In the UK the Monarch is also the ‘Head of State’, which basically means they are the most important leader in the country. But, confusingly, that doesn’t mean they hold the most power…

Braydon: I’m going to need a bit of help to get my head around this… and luckily I know just the person…

Braydon: Hello… so how much power does the British Monarch actually have?

Expert: Well, they’re a really important figurehead – in fact I’d go as far as to say the British Monarch is probably the most famous person in the whole world. If you think about it, the Queen’s portrait has been on our money and on our stamps for as long as anyone can remember. But in terms of running the country… the Monarch only has very limited powers – they can’t make laws – and the role is largely ceremonial, representing the country at historic events and entertaining foreign leaders when they come to the UK.

Braydon: So what else does the Monarch do?

Expert: Well, they have regular meetings with the Prime Minister to offer their advice on the big issues of the day. And they’re also Commander in Chief of the Armed Forces – but in reality all the important decisions about fighting wars and so on would be made by the UK government, which is voted in by adults as part of our democracy

Braydon: And am I right in thinking the British Monarch is also the Head of State in some other countries?

Expert: Yes, that’s right. At one stage, the Queen was recognised as the Head of State in 54 different countries that were part of what’s called the Commonwealth, but many countries dropped the Queen as their Head of State as they gained their independence from British Rule. Even today though the British Monarch remains the Head of State in countries including Australia, New Zealand, Canada and Jamaica as well as in British overseas territories like Gibraltar and the Falkland Islands

Braydon: Okay, I get all of that, but what I’ve been really scratching my head about is how all this Royal Family stuff even started. So I’m going to have to take us back in time for a quick history lesson.

You’ve heard of 1066 right? That was the year the French invaded England in what was called the Norman Conquest. Having won the battle, this guy, William The Conqueror, was made King of England even though he hardly spoke any English. Since then… there have been loads of battles for control of the throne… and some untimely deaths

So, lots of different Kings and Queens. Some of my favourites are… Richard 2nd who was only ten when he was crowned, imagine that! Henry 8th who had six wives, and had two of them killed… And Elizabeth 1st who fought off an attempt to overthrow her when the Spanish Armada sailed towards England. Eventually we get to 1952… the year Queen Elizabeth 2nd, believed to be a direct descendant of William the Conqueror, began the longest reign in the history of the British Monarchy.

So, the rules are that to become our Head of State, you have to be born into the Royal Family… and there’s a bit of a queue.

When Prince Charles was born he took his automatic place to be next in line to the throne, then it’ll be his first born child Prince William… and then William’s children, Prince George, Princess Charlotte and Prince Louis.

You also have to be a Christian because, ever since the reign of Henry 8th, part of the role is to be the ‘Defender of the Faith’. The British Monarch is the supreme governor of the Church of England, but they also recognise and celebrate other faiths.

As for other countries, well, they all have their own systems to decide who becomes their Head of State. In Saudi Arabia, for example… King Salman bin Abdul’aziz, has absolute power and there’s never been a national election. And in countries like the USA, Brazil and Nigeria… the Head of State is the President, elected by the people, with power to run the country and make new laws.

The system here in the UK is not without its critics, who say it’s outdated and too expensive. But others argue that we really benefit from having the Monarchy. It allows the politicians to get on with running the country, without too many distractions, like touring other countries to promote the UK. With so many fans of the Royal family and its history, it also attracts loads of tourists to the UK, bringing in millions of pounds to the economy. And having a Royal family, with all its traditions, makes the UK stand out in the world.