Home » FN Education TV » I Don't Get It » Coronavirus: can it be prevented?

Coronavirus: can it be prevented? 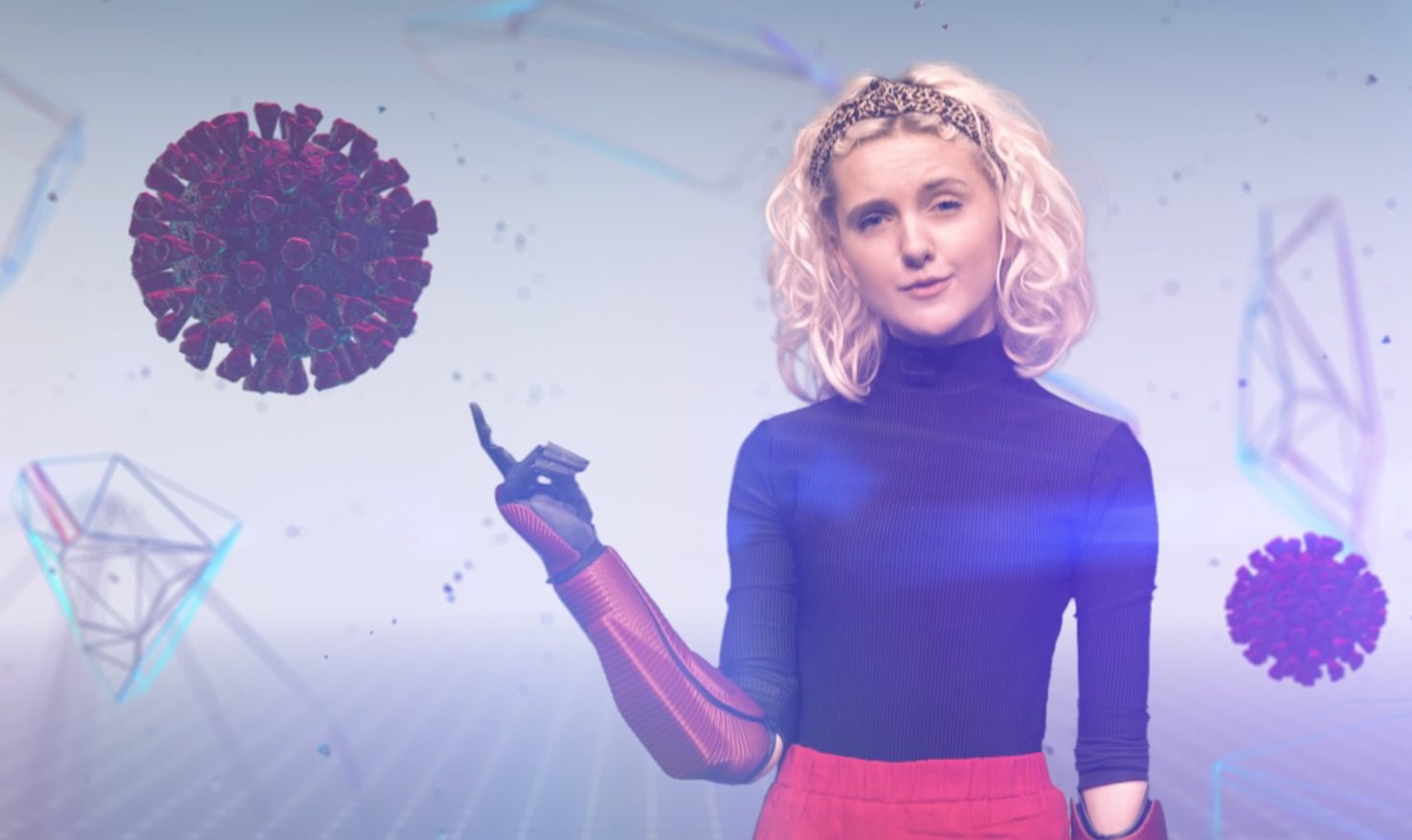 Sky Kids FYI presenter Tilly finds out about previous pandemics, and investigates the work that’s being done to find a vaccine for the coronavirus.

It’s a thousand times smaller than the width of an eyelash, but luckily, in my virtual world, we’re not going to let that stop us.

This tiny coronavirus bug has caused a giant problem. It’s made millions of people ill, and sadly, hundreds of thousands of people have died.

It was originally noticed in the Chinese city of Wuhan and, after just a few months, it spread to every single continent – apart from Antarctica.

Yes, throughout history there have been lots of pandemics. Time to bring out our time machine – and today we’re heading back nearly 700 years.

The year is 1348, we’re in London, and this city is currently going through the worst pandemic the world has ever seen. They call it the bubonic plague – or the Black Death – and the smell is awful.

This disease was spread by fleas carried on the fur of rats and, like many pandemics, it kept on coming back over the centuries, including the Great Plague of London in 1665.

The Black Death is estimated to have killed at least 75 million people in the 1300s outbreak alone.

Among other terrible pandemics, smallpox caused around 40 million deaths in Europe in the 1700s, Spanish Flu killed up to 50 million people at the end of the First World War, and now joining the list, just, is coronavirus, with around one million deaths so far.

Can we stop pandemics?

Yes, usually. Back in 1980, the World Health Organization, declared smallpox, one of the worst diseases, to have been completely wiped out. And it was all thanks to a very special medicine called a vaccine, which helps our body fight off particular diseases.

I discovered that the vaccine for smallpox was developed by a brilliant British scientist named Edward Jenner. With the help of a cow called Blossom, Edward took a sample of a less serious disease called cowpox and injected it into an eight-year-old- boy, James Phipps.

It gave James a mild illness, which led to his body making substances called antibodies in his blood to fight off the cowpox. The clever thing is that these antibodies also protected James from catching the similar but deadly smallpox disease.

So can we create a vaccine for coronavirus as well?

Some of the best scientists in the world are currently working really hard to create a coronavirus vaccine, and one of the teams working on it is from the UK’s University of Oxford. I’m joined by Dr Sean Elias from the Oxford Vaccine Group.

Tilly: So how confident are you that your vaccine will stop people from getting coronavirus?
Dr Elias: Well, so far we’ve show that our vaccine is safe for our volunteers, and can produce an immune response. The results have been very encouraging. We’re now continuing to test the vaccine in tens of thousands of volunteers all around the world. We’re doing this because we want to check the vaccine is safe for everybody.

Tilly: So will the vaccine protect us for the rest of our lives, like the measles, mumps and rubella vaccine that most of us have had, or will it only protect us for a limited amount of time?
Dr Elias: So, similar vaccines against other diseases have been shown to give protection for a year or maybe more. But this is a new vaccine, so we don’t yet know for how long. We are hopeful, though, that it will at least do so for long enough to help us end the current pandemic.

Tilly: And when do you think it will become available?
Dr Elias: We’ve done this research in record-breaking time. The company that’s made the vaccine has already made a number of doses. Now, they are there, so when the vaccine’s ready, which will hopefully be early next year, we’ll have enough does to give those who really need it. Then, when we make more, we’ll have enough to go round for everyone else.

Hopefully a vaccine will become available soon and we’ll be able to say that we conquered coronavirus.