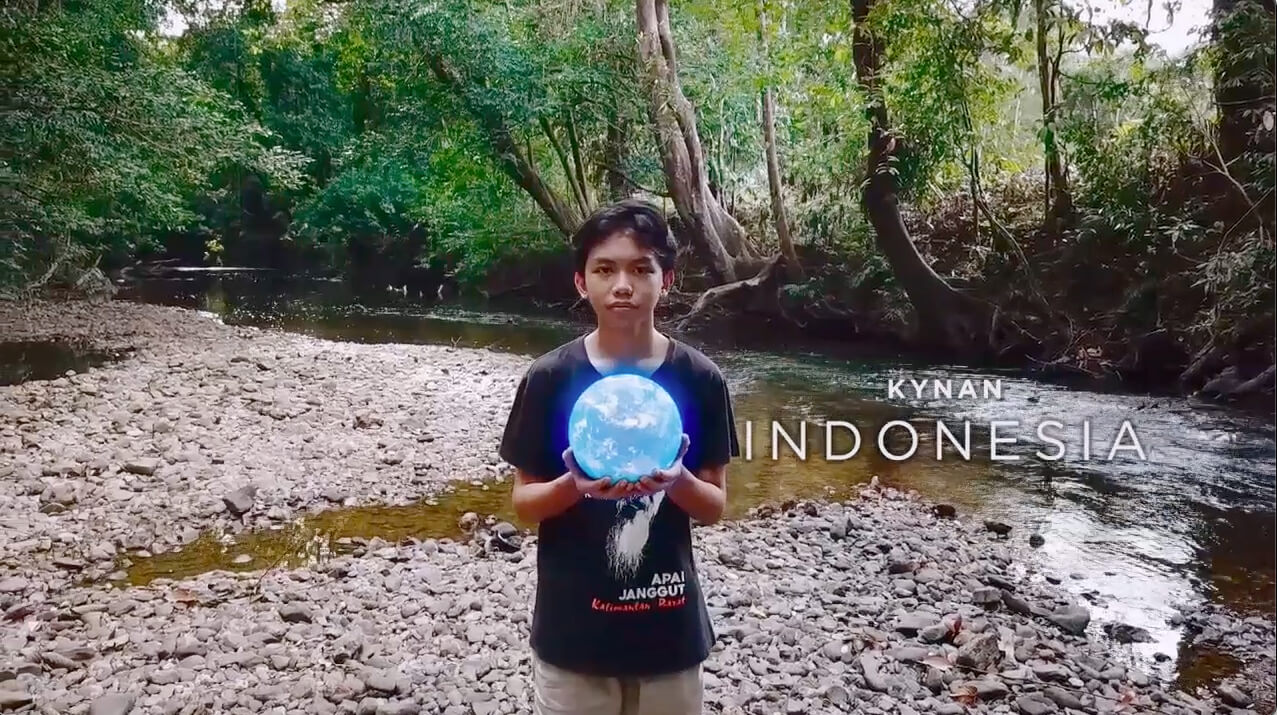 Kynan is a young filmmaker and climate activist from an indigenous tribe, living in a remote part of Indonesia – Sungai Utik in West Kalimantan. His community lives in the middle of an ancient forest, in a traditional long house.

He has used his film-making skills to document his tribe’s way of life and to show some of the threats they are facing from deforestation and climate change. The area around his village is in high demand for vast palm oil plantations and logging, but the community has fought a long battle to win legal recognition as the owners of their land. It gives them more control over what happens to the forest and the ability to protect the environment that they rely on for their existence. Kynan explains: “What I love most about living here is the nature, our proximity to it and our connection to it. Every day we eat food that is fresh from the forest and we share that with other families across the long house. Every time someone has caught a boar, for example, they share it with each other.”

Kynan has seen for himself that climate change has been impacting his community. The seasons have become more unpredictable, affecting the tribe’s crops. There have also been floods and landslides.

To explore the impacts of climate change further, in this documentary he makes the long journey to Indonesia’s capital city Jakarta. It’s a huge concrete jungle and the city is slowly sinking. The problem comes both from too much water extraction and from rising sea levels caused by climate change. The situation has become so serious that there are now plans to build a new capital city elsewhere, on higher ground. In the meantime, Kynan sees how the authorities have built a sea wall to try to hold back the water. He notices a submerged mosque that has been left abandoned on the wrong side of the wall.

His ‘call to action’ for world leaders is to put a halt to deforestation and respect the rights of indigenous people in remote tribes: “We in the forest did not cause the climate crisis, but with global collaboration, we can be part of the solution.”