A Brief History of News

‘NEWS’ is more accessible than ever; in fact, in a world of pop-ups, posts and push notifications, it can feel virtually inescapable, at times. 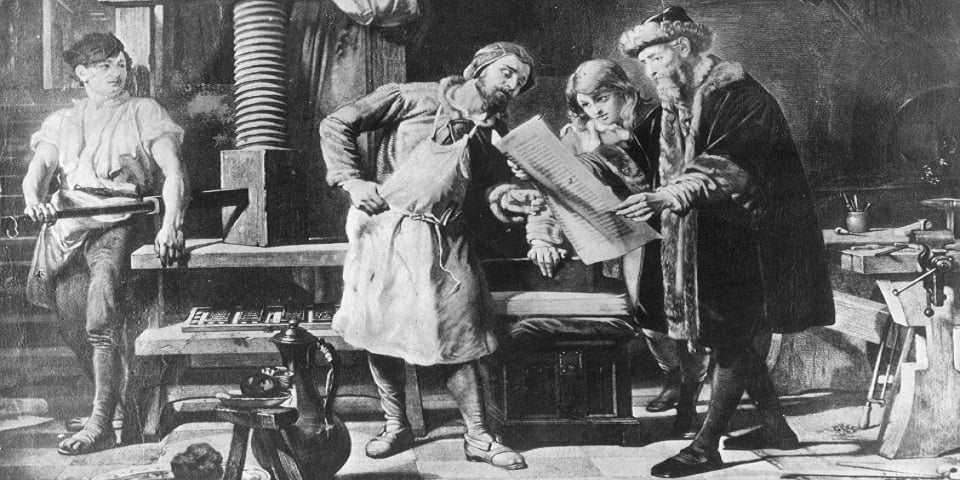 Although the rise of the internet and social media has dawned a new era for news, news itself is hardly new. Humans have always passed news on; the only thing that’s changed is how quickly it travels and where we hear or read it. People have always passed on information to one another.

The history of news actually goes all the way back to the Romans, who have been credited with being the first to actually publish news. News is far from new – it’s ancient!

Even if you digest news content daily – and in the world we’re living in, that applies to most of us – you’ve probably never taken a moment to really think about what ‘news’ actually is.

What does ‘news’ mean? Where does the word ‘news’ come from?

The clue is in the word: news is new information, usually about something that has recently happened. News is often incomplete, as events can still be happening. This means that as things change, the way they are reported might, too. As new information or new witnesses come forward, a story could turn completely on its head within a week, a day or even hours.

News is more often than not associated with things like politics, war and natural disasters, but it could equally be good news about sports, science or something silly and fun. If you and your class are regular readers of First News, you’ll notice this balance in each week’s newspaper.

All news is far from just gossipy, sensationalised doom and gloom. News is responsible for informing us about the world we’re living in; the good, the bad and everything in between.

When was the first newspaper published?

The history of newspaper publishing goes back to 1621. Various newsletters were printed in the years leading up to it, but it wasn’t until the year 1621 that the first newspaper, Corante, was published in London.

In 1702, The Daily Courant became the first regular daily newspaper.

Although the idea of printing had been around for centuries, it was very, very slow, so wasn’t much use for mass production. A German man called Johannes Gutenberg changed all that in 1439 when he invented a printing press that allowed books and newsletters to be produced much more quickly and in greater numbers.

Gutenberg’s creation had a bigger effect on the world than just about anything else in history, as it allowed news, ideas and knowledge to spread wider and faster than ever before.

Gutenberg’s printing press soon found its way to Britain, with a man named William Caxton setting one up in Westminster in 1476.

A history of fake news

Firstly, let’s just clarify something: Donald Trump is not solely responsible for this current cultural phenomenon. The history of fake news is more in depth than many would initially assume.

The phrase ‘fake news’ has become one of the most commonly-used in the media in recent years, but it means different things to different people.

The meaning of fake news is usually seen as being stories that have been made up or exaggerated, in an attempt to influence the way people think. The most common types of fake news are political, and fake news has been blamed for interfering in elections in countries like the UK, US and France. But although it’s made the headlines and created huge scandals (even in the playground), experts still debate whether these stories have had enough of an effect to change the result of an election.

Donald Trump is not responsible for the idea or the phrase, but he does play a role in the history of fake news. The controversial 45th president of the United States helped popularise the expression ‘fake news’ in the early days of his presidency, most of the time as a defence strategy. Mr Trump might’ve helped propel the popular phrase to the top of search engines at one time, but fake news, as a concept, has existed for as long time as news has been shared.

The internet and technology may have made it easier to fake pictures and stories, but pranksters have been pulling the wool over people’s eyes for a long, long time. So, in short: fake news is far from new.