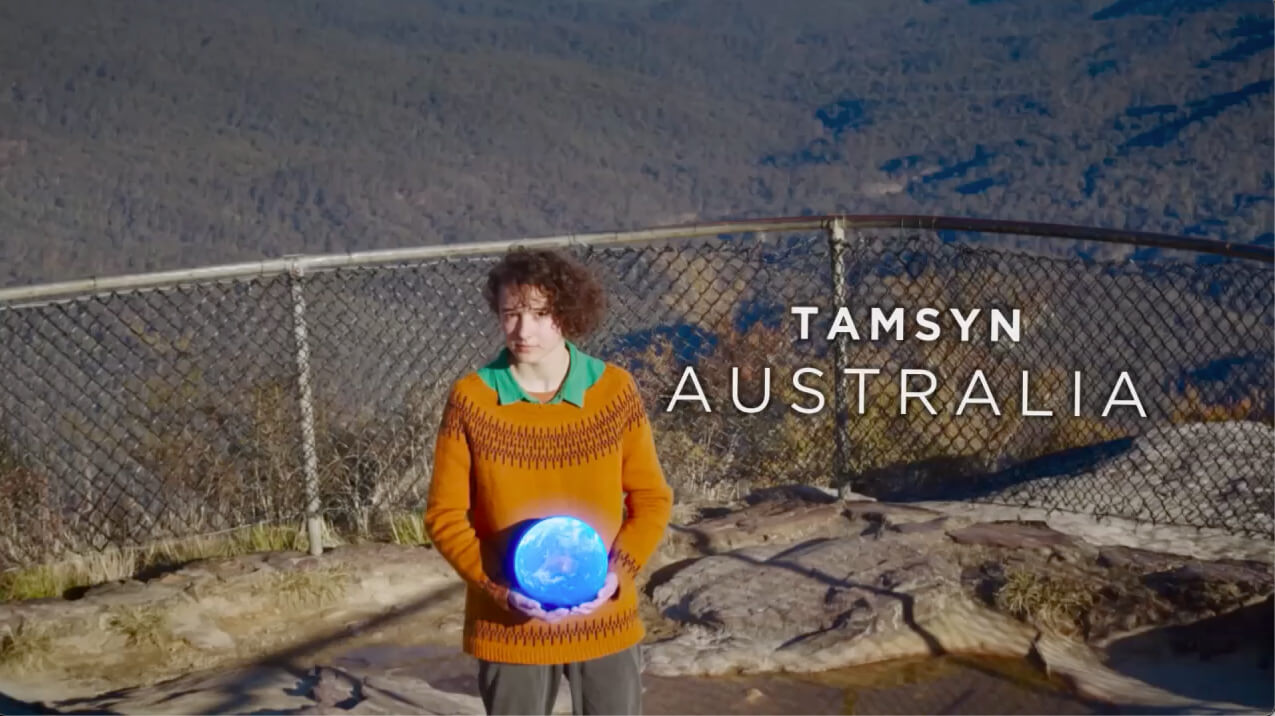 Tamsyn lives in the Blue Mountains of New South Wales, a world heritage site, not far from the city of Sydney. They have always loved the spectacular natural environment around them and the wildlife that thrives in their local area.

Tamsyn’s interest in climate activism was sparked by a moment in their primary school, when their class was shown a documentary about polar bears: “It was one of those brutal ones where they give them names so you get emotionally attached. And I remember at the end it said that if we don’t stop producing greenhouse gases then the polar bears will die. It kind of traumatised me and ever since then I’ve been seeing this environmental disaster unfolding on my doorstep.”

Tamsyn admits that, from that moment on, the climate crisis has had a big impact on their mental health: “Climate change has always been really hard for me to grapple with. Because of how much I cared about nature and the environment it just crushed a big part of my identity and part of something I really loved. I was depressed when I was ten. I didn’t want to live in a world that was like this, I didn’t want to get out of bed. I was really not having a good time and it was because I just felt so powerless and because I felt like everything was hopeless.”

The way Tamsyn has coped is by drawing comics. Their artwork takes on some of the billionaires who Tamsyn accuses of not doing enough to tackle the climate crisis, particularly businessmen taking ‘joy rides’ into space: “I think it’s really messed up that the government isn’t taxing these guys more to fund climate action.”

Tamsyn was particularly concerned about the Australian bushfires of 2019 which displaced or killed an estimated three billion animals including many koalas. They think this should have been a wake-up call for the Australian government, to start investing in renewable energies instead of fossil fuels like oil, gas and coal which produce harmful carbon emissions.

Tamsyn’s call to action is for world leaders to “cancel all new coal mines and make the billionaires pay for the clean up of our planet”.