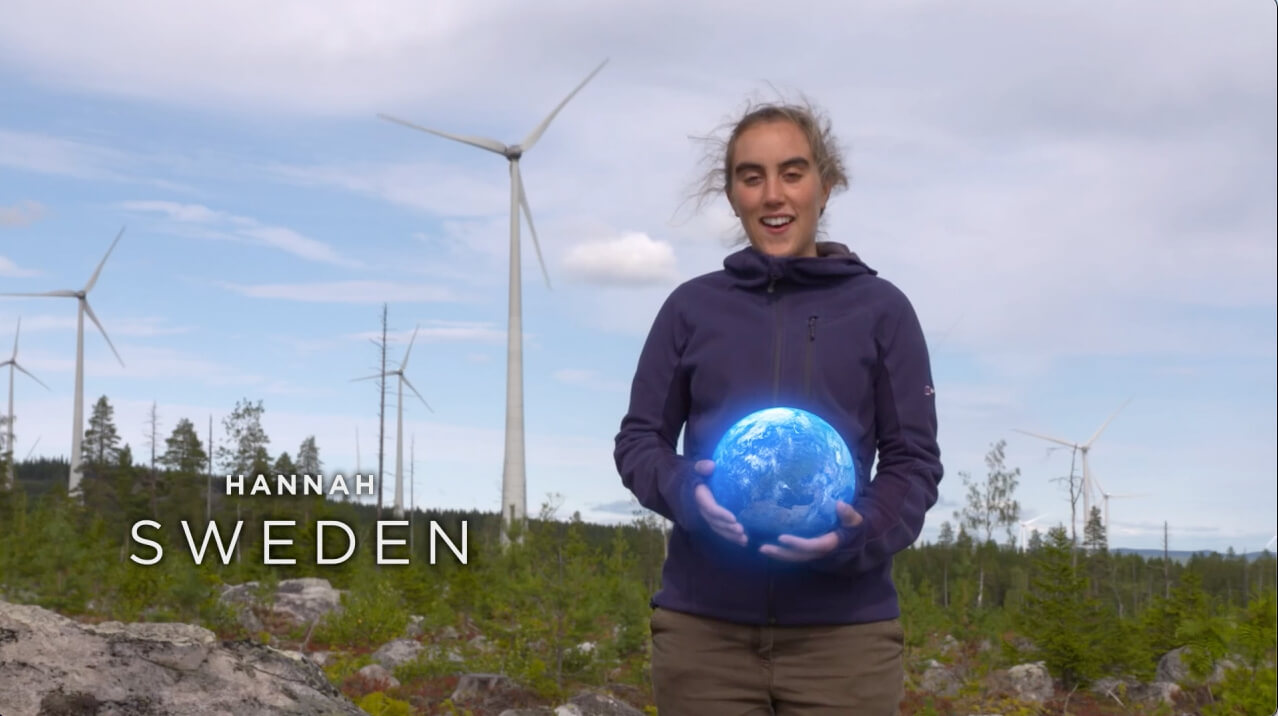 Hannah is a member of a Youth Climate Action group in the Lake District and has recently joined a steering committee for the Cumbrian Youth Climate Conference.

She’s always been very keen on the great outdoors and has walked up all the ‘Wainwrights’ in the Lake District at least twice. She has a fondness for peat bogs, which she has surveyed as part of her studies at school.

Hannah became involved in climate activism when she heard about plans to build a new coal mine on the Cumbrian coast at Whitehaven. She was angered by the plans because she knew coal was very bad for the environment and Cumbria had suffered a series of devastating floods during her lifetime because of climate change.

She said: “It felt to me as if we were going backwards instead of forwards. It’s obvious to me that climate change is happening now and we need to act now. I felt quite undermined that these plans would ever be given serious consideration when governments across the world have been saying to us that they’re going to tackle climate change – it felt to me that we were being lied to.”

As part of this documentary, Hannah met an old miner who was in favour of building the new coal mine because he said it would create much needed jobs in an area of high deprivation. He also told Hannah the coal was needed for the steel industry, and it was better to produce it locally rather than shipping in coal from abroad.

To explore whether there are alternative ways of making steel, Hannah travelled to Sweden. She visited an experimental steel plant that is using hydrogen instead of coal, with virtually no carbon emissions. They hope they can go into mass production in the next few years.

Hannah’s call to action for world leaders is to invest in greener technologies, like they’re doing in Sweden, and to put a stop to all new coal mines everywhere in the world.