Knife Crime: Why Does It Happen? 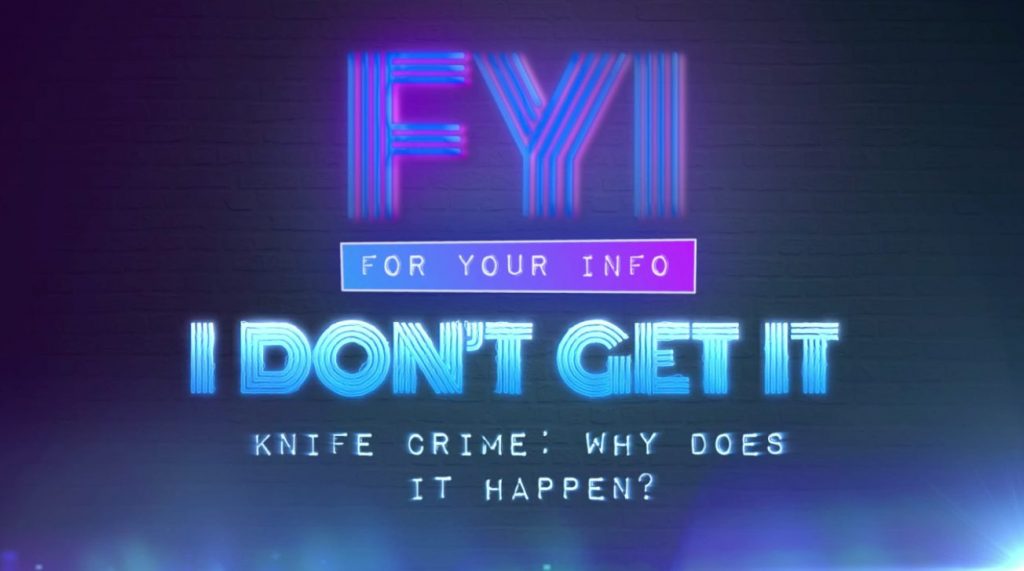 Sky Kids FYI presenter Tia investigates the reasons why knife crime has been on the rise. What makes some young people carry illegal knives and does it actually make them any safer?

The use of knives as deadly weapons is rarely out of the newspapers, but how big a problem is it? We found out loads of info, to help us get our heads around it.

Should I be worried about knife crime?

The stats are frightening and the number of incidents has gone up over the last five years.

In just one year, the police in England and Wales dealt with 47,000 incidents involving knives. Spread that number across 12 months and that works out to be on average one incident every 11 minutes.

Even so, we’re told most of us will never witness any knife crime. The number of incidents would have to be much higher to affect us all.

Most of these knife crimes were either violent assaults or robberies. In England alone in one year 5,149 people were treated for knife wounds in hospital, including 222 children under 16 years old, and sadly, 285 people were killed.

Most knife crime happens in big cities. The worst areas are London, the West Midlands and Manchester.

Why has knife crime been on the rise?

There is no easy answer to that, but experts think there could be a number of reasons, including a drop in the number of police officers. In 2010 there were more than 143,000 police officers in England and Wales, but by 2018 that number had fallen by more than 20,000.

The police also changed their tactics. They used to stop loads of people in the street to check if they were carrying any weapons. But for every six people they used to check, they now check just one. So why is that?

Nathaniel Peat, founder of the Safety Box, says: “The tactic the police are using is known as Stop and Search, and the reason they don’t do it as often as before is that a lot of people used to think it was unfair. In fact a lot of black boys were stopped much more than their white counterparts.

But isn’t it true that most knife crime involves young people in the black community?
“It depends on where you live. It’s true for London, but it’s not really true for the whole of the UK. So it’s not as simple as that. Really it’s poverty and the lack of opportunity that drives a lot of knife crime.

But I still don’t understand why you’d carry a knife in the first place, if it can lead to all these tragedies that we’ve heard about.
“Well, a lot of people carry knives because they’re frightened, and they use them as a means of trying to protect themselves. The other reason they carry them, is because they basically just want to be like their friends and their mates. But remember the vast majority of young people don’t actually carry illegal knives. If fact, there’s a lot of evidence that says when you carry a knife it makes you more unsafe.”

You see, it’s not straightforward. To tackle this issue we need to end racism and be better at making sure everyone gets equal opportunities.

Also some of you may have noticed there has been a big drop in the number of youth centres. That’s not good, and it could be the reason why some kids are tempted to join gangs.

There’s also a rising number of children being excluding from schools – an average of 22 kids every day.

And a lot of us love social media, but it can be a cruel place. And the police find that insults or threats online sometimes escalate into violence.

Some of the people who were killed last year by knife crime could have turned out to be teachers, lawyers, pop stars or even a prime minister. So many wasted lives, so many families left grieving for their loved ones.