If you read a few different newspapers, you know all too well that they certainly don’t all report the same stories in the same way. An understanding of this is vital for any young person digesting news in this current climate. 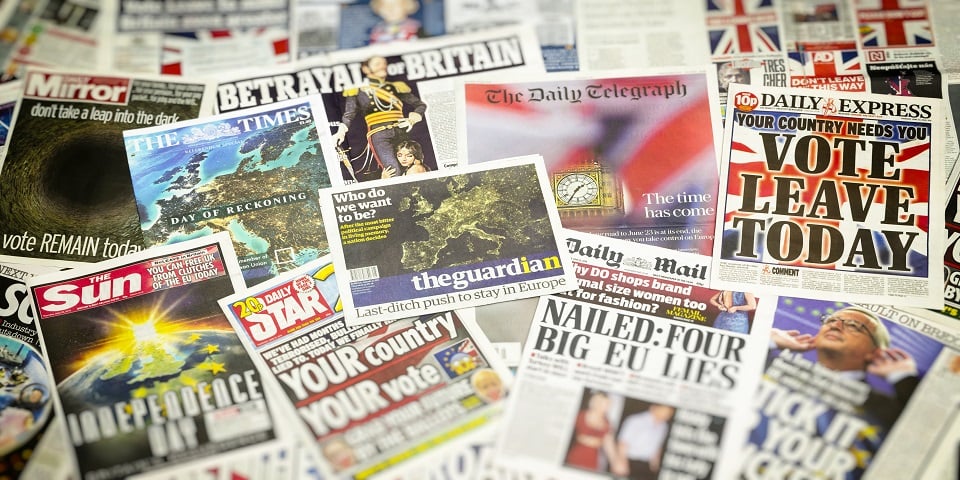 Before we jump down this rabbit hole together, let’s get an important question answered:

In short, bias is a tendency to prefer one particular trend, person or thing and to favour it as a result.  Bias can result in unreasoned opinions and prejudice.

What is bias in journalism?

When talking about media bias, most of us automatically think of one word: politics. Political beliefs of a news outlet and its readers are a huge part of why editors and journalists pick the stories that they do, but it’s also a big part of how they cover stories – and it’s important that readers are aware of this, especially young readers getting to grips with news reporting for the first time.

Here in the UK, most newspapers can be classed as left-wing or right-wing, which means that generally they will either back parties like Labour  and the Liberal Democrats or the Conservatives. Left leaning newspapers such as The Guardian or The Daily Mirror are likely to report stories differently from right wing papers such as The Telegraph or The Sun. Some major newspapers are more guilty of political bias than others – it’s been that way for decades and decades.

However, some, such as First News, The Herald and the i newspaper are independent newspapers that don’t associate themselves with any party. In fact, we’ve had about an equal number of letters and emails accusing us of being “too left-wing” or “too right-wing”, so hopefully that means we’re doing a good job of avoiding political bias, reporting all-round unbiased news (as best we can) and letting people make up their own minds week after week.

Some papers have been accused of showing political bias because it is in their owners’ interests.

For instance, The Sun swapped sides to Labour for the 1997 general election. Just five years earlier, the paper had proudly boasted on their cover that “It’s The Sun wot won it”, claiming that their support of the Conservatives helped them to win the election. Lots of people in the media have suggested that The Sun’s owner, Rupert Murdoch, decides which party his newspapers will support on the basis of how each party might affect his businesses, and the same goes for some other newspaper owners, too.

When you then contemplate how this might affect the selection and style of news reporting in any given publication, it’s rather eye-opening.

But here’s the bottom-line: it’s surprisingly difficult to avoid bias in newspapers altogether and write a newspaper while staying completely independent. Just choosing which stories to write about or what details to leave out displays a certain kind of bias, so many think that journalism is about managing biases instead.

For instance, at First News we have always been clear that climate change is real and man-made. But even though the scientific evidence is overwhelming, certain sections of the media (especially in the US) still present it as a debate that, even in 2019, isn’t yet settled.

Although this is most likely down to a newspaper’s political views, it could happen when a journalist is actually trying to avoid bias. The BBC has a generally outstanding reputation around the world, but not so long ago their radio bosses got in trouble when they gave too much airtime to people who denied climate change was happening. The programme was actually trying to avoid looking like it was biased towards climate change campaigners, but they ended up going too far, and looking like they thought climate change was still a debate. This is often referred to as ‘false bias’ amongst journalists.